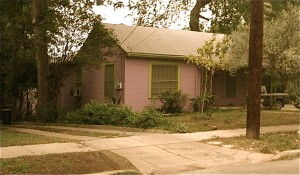 Going to the census records from 1950-2000, I found out that the size of the average single family house in 1950 was 983 square feet. By 2000, the average house size shot up to 2,272 square feet, a 231 percent increase! Maybe, the builder I was talking with might assume, that was to accommodate a similar increase in average household population. Let’s see. In 1950, the census determined the size of the average household was 3.0 people. Due to various social changes and predominately the divorce rate increase in the last half of the 20th Century resulting in two households per family for much of the population, the size of the average household in 2000 shrank to 2.5 inhabitants per house. That’s a decrease of almost 17 percent of house inhabitants during the same period the house size more than doubled. Or in other words, the average space utilized by a person in 1950 was 328 square feet. That includes that person’s share of all rooms, kitchen, hallways, and everything except for the garage. By 2000, the size allocation shot up to 909 square feet (a 277% increase).

Being able to settle the question of house size responding to family size, I went just one step further by determining the cost of construction per square foot. In 1950, the average house cost $11,000. That’s the equivalent of $60,700 in year 2000 currency adjusted for inflation. The average new house in 2000 cost $195,000. If you want to understand the most persuasive reason for designing an efficient house, using the figures I just outlined, the house built in 1950 cost the equivalent (accounting for inflation) of $20,200 per inhabitant. By 2000, the cost of a new house per inhabitant skyrocketed to $78,000 per inhabitant, almost a four-fold increase. It would be difficult to find anything else that increased at that rate in the span of fifty years.

This is not necessarily an argument for us all to live like families did 60 years ago, but honestly, was it really all that bad? Of course not. Sure families have more appliances and stuff today. And maybe there’s just no way you think you could live in a house 1/3 the size of the average house built today, but considering the cost of construction, if you could build a new house 2/3 or 1/2 the size of the average newly built house, think of all the money you could save. Possibly enough money saved to build a net-zero energy, high-performance house, I would imagine.  It’s worth a thought.